A local resident fed-up with the rubbish and dog poo being left in Rosemount field decided to install their own bin! The word on the ground was that it was done in order to make a statement to the Council. This is the fact that caused a bit of fury – there are two public bins in the whole of Goatstown/Rosemount, compared to the very short stretch of road in front of the Council offices in Dún Laoghaire, on Marine Road, where there are eight big belly bins. Eight.

The bag was replaced a few times by various residents until it got a bit too much for amateurs to cope with. Come on DLRCoCo; we may be all the way over here on the less trendy eastern edge of Dún Laoghaire-Rathdown, but don’t we deserve a bin too?! 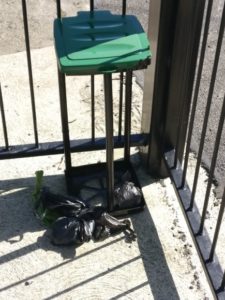 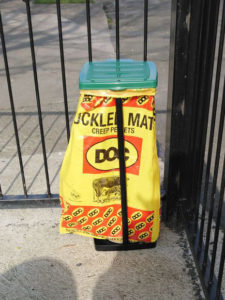