We had a great turnout for the coffee morning last Monday morning in Farmhill Restaurant. About 30 residents showed up for coffee, tea, scones and conversation. We are aiming to hold these mornings on a more frequent basis from now on. Watch this space.

One of our long-time residents, Mrs. Margaret Mooney of Farmhill Road, very kindly wrote a memoir for us, and print-outs of this were handed out during the morning. She put down on paper her memories of the area from the 1950’s onwards. We’d like to thank her very much for doing this for us. It’s fascinating reading about the area, and how much it’s changed in the last fifty or sixty years. 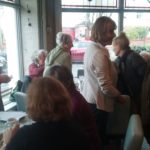 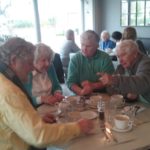 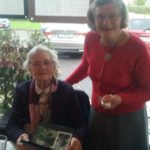 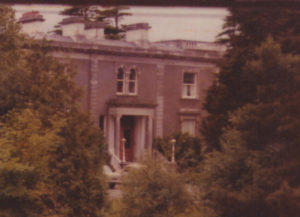 The Seniors Alert Scheme scheme, which has been advertised on the radio recently, is government-funded, and offers peace of mind to people aged over 65 who know that if they have a fall or need help with anything, assistance is just the press of a button away.

The purpose of the scheme is to enable older people to continue to live in their home with independence and confidence by providing them with a free personal monitored alarm. The alarm can be worn as a pendant or around the wrist like a watch. When pressed, it connects wirelessly to a base unit, usually attached to a phone. The base unit immediately sends a call to a 24 hour monitoring unit.

The scheme is administered locally by community and voluntary groups from the local area. Further information is also available from Pobal at https://www.pobal.ie/Beneficiaries/Seniors%20Alert%20Scheme/Pages/default.aspx

If you would like further information about this scheme, let us know, and we’ll pass on contact information.

We are holding a Neighbourhood Coffee Morning on Tuesday 21st November at 10am in the Farmhill Restaurant.

Join us for a coffee and a chat! Tea, coffee and scones will be available for purchase. All residents are welcome to attend.

Do you know an older person struggling with technology? Let them know about the digital skills classes that will be held in UCD library.

In November, UCD Library will run 5 two-hour classes for adults who want to learn more about their smartphones, tablets, laptops or web services. Each learner will be paired with a UCD student volunteer tutor.

Dundrum Library are holding classes for people who wish to make better use of their smartphone. It is a 4 week programme, starting today at 1.00-2.30pm. Contact Dundrum Library at 01 2985000 if you wish to attend.

Dún Laoghaire-Rathdown County Council have just brought out a new directory of activities and services for older people in the DLR area. We also have our own more local list that we will insert for Roebuck residents. More on this, and delivery to Roebuck residents who would like a copy, coming soon…

Meanwhile to view a PDF of the Directory, click here.

We are at the early stages of arranging a neighbourhood friendly initiative for members of our community who might benefit from more social contact and help.

At this stage, we hope to enlist some volunteers to help out.  At a later stage, we will arrange a meeting to discuss the possible supports that we could offer.

Please get in touch at roebuckresidents@gmail.com if you’d like to be involved.