We had a good turn-out for our Spring Clean this year.

A few residents tackled the ivy beside the green in Belfield Downs. It was very overgrown and was being used as a dumping ground for rubbish. They made a good start on it, and cut it back to reveal some pretty nice plants and trees. A bit more to go though to finish it off. But we’ll get there.

A group also did a bit of job on Rosemount field. A large amount of rubbish was removed from there. Thanks to the Cotters and the Kielys in particular for getting so involved. The field really is in desperate need of a bin. So much so that one resident installed their own bin! As a way to make a statement to the Council. The bag has been changed a number of times by various residents.

The laneway between Farmhill Drive and Mount Carmel Road also got a spring clean. Thanks to the residents who gave up their time to clean it out. No thanks though to the dog owners who consider this laneway to be their own personal dog toilet! Bad enough not cleaning up what their dog leaves behind, but where is the logic in bagging it and then dumping the bag? 14 bagged poos were pulled out from behind one lamppost alone. Lovely.

Thanks too to all the residents who tidied up Friarsland Road, Friarsland Avenue, the green in front of the shops, and other areas over that weekend. The area is definitely looking tidier.

It’s a shame it took the Council 13 days to come and remove the waste collected from the green in front of the shops. The Tidy Districts’ Team’s call for a hazardous waste collection, along with the presence of the green waste bags, seemed to lead some people to think that it was a general dumping ground for all sorts of things. The Council, with a fair bit of persuasion, did eventually remove the general rubbish that was dumped there. We believe the Council may be following this up by reviewing CCTV to identify who the dumpers were.

Taney also had their first Spring Clean that weekend. Congratulations to Taney Area Residents’ Association on their first event (photo below)! So all in all, the whole area is scrubbing up well! 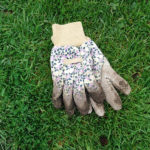 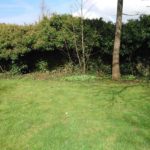 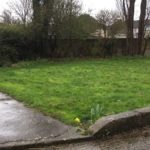 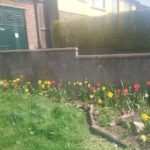 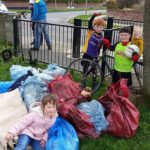 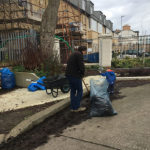 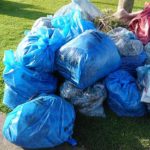 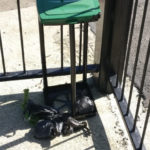 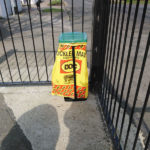 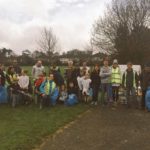 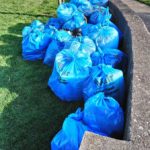